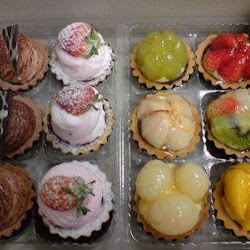 De Pastry Chef started only the cakes and pastries business, now they do provide an extensive menu, from Asian to Western, such as rice, noodles, pasta and etc. 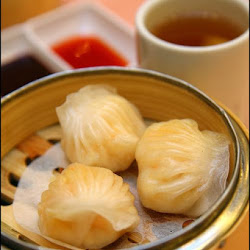 This is the grand ballroom in Sin Choi Wah, where the wedding banquet was held. It was huge and I think there are like a hundred tables in it!! 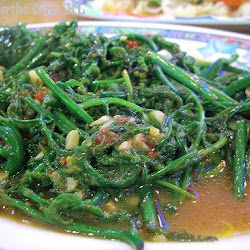 Janwa Thai Restaurant, one of the restaurant that has been here at Bandar Menjalara.

An affordable and decent Thai meal if you don’t wish to have steamboat which are aplenty at this area. 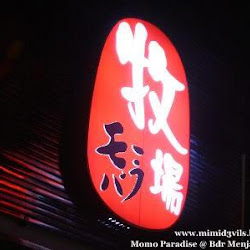 This is the latest Shabu-Shabu restaurant at Kepong area.

Just like other Shabu-shabu restaurant, you can have your own pot of broth. Great right, you can now throw back your food to the pot after one bite!! Besides that MOMO also fully air-conditioned. So if you still want to enjoy steamboat under a HOT and Sunny Day, this can be a good choice. The restaurant are separate to two floor. The right hand side on the ground floor are seatings by the conveyer belt that circulating all sorts of steamboat ingredients while the other side of it, you will serve by the waiters. He/she will push carts around and let you choose the ingredients. Some big group eater will sometime provide 1 big pot for sharing instead of the the single pot usage because the seating on ground floor for individual pot is only for 4 person. While the 2nd floor is you need to walk around to get your own ingredients. Personally I will prefer 2nd floor because you can easily take whatever you want and no need to worry the food is all taken by the eater infront of you HAHA. 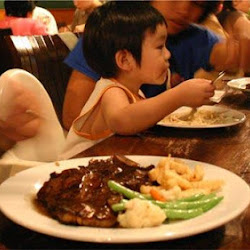 The small stall which is opened from morning till lunch and also on evening served 8 choices of stir fried inclusive of char koay teow and Penang Lo Bak.

If you are in this area, I guess Tai Tau is one of a steamboat place to recommend as I have yet to try others yet.

The owner was really friendly and we chatted for a while before making a move.

An ideal place to chill out, with atmoshpere similar to Cultura Bangsar and Le Moon Kajang. Will surely come back again to Hinz Cafe for their brunch and more cakes!

We ordered for 2 persons with 2 additional side orders, namely fish paste and special meatballs. The portion was just nice for the 3 of us. The texture of the fish paste tasted like 'fish balls'.

The bun was not as I expected, but still acceptable. I was expecting something more chewy!

I find that is a good bargain especially you are looking for some seafood, and friends gathering, its a great place to have dinner if you do not mind loud noise and hunting for some items. Can consider give it a try.

umami cafe is located inside the k-gallery.It's somewhere at Bandar Manjalara Kepong.Umami is a japanese style restaurant that offer wide variety of japanese food.

was so disappointed with this shop right now. I am really fed up with the attitude of the lady boss and her stuff. After I order the food i try to fill the small plate with the usual chilli sauce but I found that it was left a little bit only then I ask the lady boss to refill it for me she react as if I am the one who consume all chilli she told me to use a bit enough la! It really come to me as a surprise as I thought such word shouldn’t came out from a busness-minded boss. Ok so fine , then when i was on my way to the toilet i found out that their is somelike of delicious sause that could be try one so i decided to take a bit to let my family member try but i was stop by the lady boss again as she warn me not to take this sause as it was only dedicated to those who order the chicken only and i was told that I am not suppost to take it myself! Fine I left it back there then! After that,I try to connect their wifi but my phone just cant connect to it anymore and this is very unusual case as i have been there since long time ago. Every time it was a successful attempt but not until today, i can no longer able to access to the internet when i thought well the password might be changed by the boss. So I decided to ask the stuff regarding about the password first, they not only doesnt give me the password they also act like a fool playing around! When I ask the stuff ,he tells me that the wifi is spoil , when my mother ask the other stuff he say the system down. As i know they all are lying as i could detect their wifi so eventually i decided to went up to the cashier to find the arrogant lady boss she told me in a very rude way that the wifi is not for customer use one! It really shock me and spoil my lunch mood ! I was here to have lunch but not your punchsack ok?! The service are suck as her stuff act unseen me when i ask them to add water for the tea pot. Some of them even ignore me after I show my hand as a sign of asking them to come my place. Service are really really bad ! My advice to another who decided to go there to think twice ! As the price of the food is not any cheaper than any restaurant in kepong! Strongly not advice any of you to go ! My father even told me that people change their attitude when they become rich because they thought they have establish their name well !