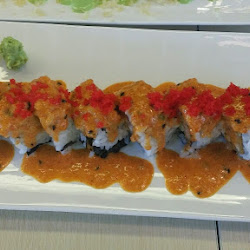 Allow customer to create their own sushi rolls by selecting the fillings, wrappings, etc themselves. Located somewhere below The Red Beanbag.

We were warmly welcomed by the staff and were shown to our designated table. It was a rather breezy order, as there were already some dishes that they specifically wanted me to try. We just ordered some other dishes that caught our attention (without thinking that perhaps we would not be able to finish so much) and our drinks. We wished we had bigger stomaches! 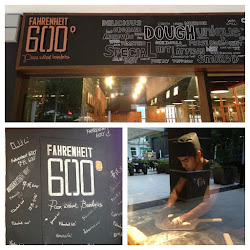 Imagine a hand crafted dough topped with genuine Italian tomato sauce and home made fresh mozzarella cheese snaps from a wood-fired, stone oven. We call it pizza. It has a rustic, old-world texture, and the distinct taste of locally grown, freshly prepared ingredients.

Well, I have discovered another great place to visit... A fruitful day out!! hehehe... 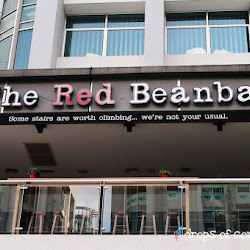 The Red Beanbag is a modern contemporary Australian-inspired café, located in a bright and beautiful corner overlooking the Piazza at Publika, Solaris Dutamas at the front, and with a spectacular view of the Royal Palace at the back. With so much to catch your attention, you could just sit and relax here all day with a Cuppa or an Iced Chocolate prepared by our passionate baristas. A rustic square communal table placed in the middle of the café has plenty of magazines and books to while your time away as you watch our creative and hardworking kitchen crew prepare your meal. If not a fan of reading, take time to browse through our quirky interior design – splashes of red, but why? Come CHECK us out, we are NOT YOUR USUAL. 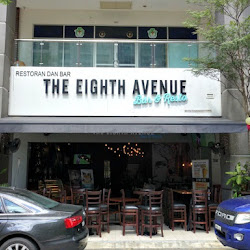 It’s a great place for drinks and to settle down on some comfort food. Whether you favour beer, wine or serious cocktails, a beer-and-shot special or a transporting glass of wine, Eighth Avenue has a game-changing bar to slake your thirst. 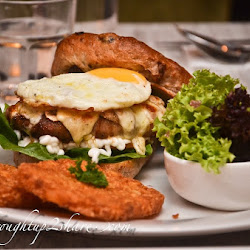 Had a great dinner by then , Just eat and coffee-ing plus a good company over chat and laughter. The food at Ante is brilliant, some can be very homey sweet just like mother’s cooking while some truly salivating fusion dishes .

They may not be the best restaurant to visit in Publika but they do serve some unique signature dishes to stand out among the ordinary.

I have always love plain and thin-crust pizzas. Simple ones like only cheese, basil and tomatoes are perfect! I love all the items served. I was speechless when I had the first bite of the portobello mushroom. It was beyond delicious!!

San Nae Deul is non-halal with meaty assortments of pork, chicken and beef, all available either in BBQ or non-BBQ styles. The rest of the menu is also extensively filled with Korean delicacies such as jiggae, fried rice, soups, and many more. The marinated chicken slices were served raw for barbecuing on the table itself. The marination was sufficient and flavourful, satisfactorily good when wrapped in lettuce with the Korean sauce. The grilling hot pan is imported from Korea to provide intense heat and immediate cooking. Plus, it doesn't emit much smoke hence it doesn't require any exhaust pipe protruding from the ceiling (which very often seems to take up ample of space and pretty annoying) for ventilation purposes. It is advisable that grilling be done with care and it doesn't take more than a couple of minutes for your meat to reach its optimum cookedness so over-grilling will cause parts of your meat to be charred. If you aren't confident of barbecuing yourselves, seek assistance from San Nae Deul's team of servers who are very adept at grilling for you.

A mid-range restaurant with relaxed, cozy ambience, offering extensive selections of Japanese food on the menu, and most importantly, reasonable price.

Elegantology Gallery & Restaurant is a creative space that offers exclusive men’s fashion and lifestyle products through co-creations with reputable local designers. The collections feature timeless elegant pieces in limited numbers that are tailored for the most sophisticated of tastes, allowing the Elegantology man to Rise Above with Style.

We were attracted by the choice of mains: the Tuna Steak and Grilled Ribeye Steak as a peek into the ala carte menu revealed that both mains costs almost RM45 - 50 each, so the RM99.90 deal should be pretty worth it.

After numerous trials and testing in the kitchen, a series of avant-garde tapas done Indian-style have now been included in the menu at Fiercer.

The old school bicycles at the entrance caught my attention. The red went well with their signage. They had an airy, clean, simple, open, no fuss concept. And bamboo appeared to be their feature material. The ceiling and lampshades were made with bamboo.