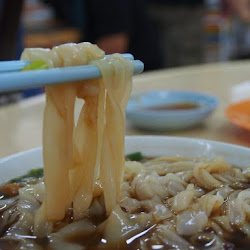 I would conclude is as a simple and hearty meal which worth our next visit!! 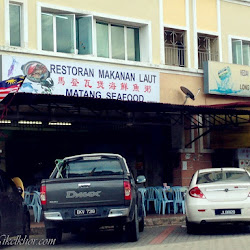 The porridge with crab, squid, prawns, grouper fish slices, and Enoki mushrooms. You could also add other ingredients like shark meat and fish balls.

For seafood porridge lover, this restaurant is open whole day from 11am to 10pm and no rest hour in between, enable the customers who are craving for seafood to enjoy their dishes whole day long. The price is considered reasonable as well with the wide variety of fresh seafood. 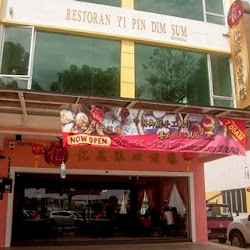 Among all, the 'har-gao' (shrimp dumpling), bean curd sheet soup, BBQ pork bun and Snow 'Mei-niang' are not to be miss. Do try their porridge, but don't finish it alone...share with friends or family members, because you need to taste other dim sums. 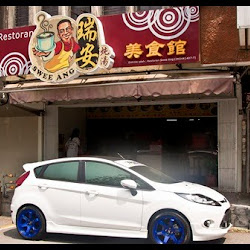 The dishes serve by the restaurant mostly are tasty and acceptable, if you haven't try their signature Crab Ball, please drop by and taste the different! 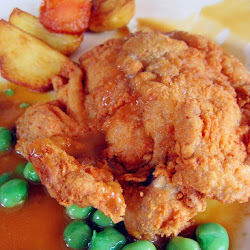 Hainanese Chicken Chop. I have been craving this for quite sometime until I manage to find it out at this kopitiam. The fried chicken chop was not oily while retain its freshness and juicy.

Ban Heong Seng is family owned and located in an old bungalow house with about six tables at it's front porch.

We will recommend this for you as the total cost on this meal for two only RM15 and it is affordable for a good meal.

There are a few seafood restaurants there, but this shop has the best and reasonable priced food.

DO NOT GO to this place - WE WERE ROB & FOOD IS LOUSY! Were there on 22 Oct 2014. We were brought to this place by a local Malaysian friend and arrive there about 6pm when there is still light. 2 young children (1 small size boy & 1 chubby girl - aged between 7-10 years old) demanded for R$2 for parking & to 'take care' of our car. When we return to our car 2 hours later, (it's pitch dark) and after driving off to the main road where there is light, we realised the BACKSEAT WINDOW WAS SMASHED OPEN (it was PROFESSIONALLY DONE - the whole window was cut, smashed open & the whole piece was hidden on the floor of the backseat, boot was open from backseat & ransacked! Our entire LUGGAGE BAGS was STOLEN - including Olympus PEN CAMERA, LAPTOP, other valuables & also ALL OUR SHOPPING BAGS. This is a very well organised theft job: 1) The young kids that 'take care' of our car claimed ignorance. (but of course). But who else can climb thought the small backseat window & ransack the boot? It has to be someone really physically small. 2) The restaurant claim that it's a public carpark & is not liable for any losses. And they already put a sign up in their restaurant. No help at all. But also prove that theft is not unusual here that’s why they put up a sign. 3) There is no witness as it's it pitch dark parking area & so that left us with nothing we can do but to leave the place quickly before any physical harm can come to us. DON'T TAKE THE RISK THERE!! - for both being a target of theft & food poisoning. Before we were aware about the theft incident, we've already noted that the food was not tasty & hygiene is bad - we saw crabs being prepared on the kitchen floor. No sink nor soap to wash your hands after eating. You wash in the same toilet where other poo. People queue up to 30 mins to order food & another 30 mins for food to be served. The only thing is - it is dirt cheap. (As much dirt as on the kitchen floor). We were already not impress with the food & the theft in the car park just left us a bad taste in the mouth. DON'T EVER GO THERE. Save yourself the troubles we had went through.

Bak Kut Teh shops are at every corner of JB. Ah Soon is one of the favourites among locals. The bak kut teh and rice wine chicken are superb ;D

Other than excellent dim sum, D'Shanghai is also offering steamboat which we have not tasted this round. We look forward to have chance to taste their steamboat too!

Overall, their foods are just of the average, but I would consider their price as reasonable and not overly pricey. If you are looking for dim sum after breakfast hour, Ta Si Xi still serves as a good place for dim sum.

Top 100 Restaurants in Johor
Cuisines Chinese
Business Hour 11am - 12am

Overall, the foods are not really outstanding and attractive.

Instead of the pork ingredients, this came with fish balls, fish cake and two slices of abalones. I was more satisfied with the side dishes.