Opens for lunch and dinner.

It is located behind Tesco. 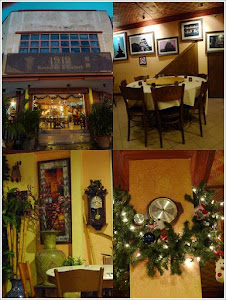 The Fried Eggplant/Brinjal (RM8, small) was the other dish recommended by the waitress and it was tasty. For one who doesn't take eggplant, i took this. The other Fried Eggplant i had was in Ijok but unlike that, this was cut into thin strips. Felt like i was eating potatoes. I can imagine this as a finger food, eating only this while watching a movie. Eggplant is good for health, but (being health conscious awhile) i learned that fried in oil isn't the same as it absorbs the oil. Guilty pleasure.

1919 Restaurant & Gallery - Travelling Back in Time for Some Nyonya Cuisine

More about 1919 Restaurant and Gallery by Travelopy