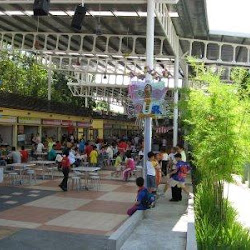 LEE ENG LAI, now in his late fifties, recalls that his grandfather Lee Kar Tee and grand uncle Lee Ah Keat started selling ice kacang as a roving stall in the Jalan Rangoon area in 1923. His father, Ah Kang (Kar Tee’s son), later inherited the stall and moved it to a permanent position. Eng Lai, his brother Eng Huat and sister Ah Kee (above) have been involved in running the stall since the 1960s, when it was next to a snooker bar. Originally, in the 1920s, a bowl of basic ice kacang cost half a cent, now it is RM1.50. Early in 2007, the stall moved into the new New World Park (Sin Sei Kai) food court opposite with ample parking.

My kids love these pancakes...This one is filled with durian!! OH my Goodness! 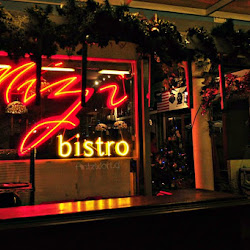 It is a western restaurant. Nice interior and ambience too!!

I am Celina here would like to share our bad experience on our lunch on 31st March 2013( Sunday ) at Mizi Bistro at New World Park. I brought my family total 8 person to had my brother's birthday celebration there. We had order 8 set meals 1) Cannelloni Allan Romana 2) Hungarian chicken goulash 3) seafood a la king 4) wid mushroom stroganoff 5) lasagne Ai forno 6) 2sets of chicken parmigiana 7) Fish cordon bleu When we start to enjoy our meal, I get my husband feedback that he feel bitter smell of his order cjicken parmigiana. As initial I think may due to his only plate got issues. We proceed our meal. However , my brother in law also feedback her order of fish cordon bleu also feel the taste of bitter. As a result, we 8 ppl from my family start to try those meals we order, we found one that commonality the meat of the chicken n fish taste bitter . We do not able to tell why but when we feedback to ur shop waitress. She is telling me that lets her feedback to the kitchen. After few mins she came out as she mentioned meal item Hungarian chicken goulash is due to the paste bitter so nit the meat issue. But so far no complains from any customer today so is not the restaurant problem. When I asked in this case where shld I get the feedback to the restaurant ? Whether can let customer to feedback through email or webpage ? The waitress told me that you may try but may not get respond as herself also seldom enter webpage. When i ask her that how about i can talk to the boss about our customer feedback about unsatisfied and disappointed about the quality of the food! Then she told me to on hold a while. Few mins she came back again and told thatnthe boss in the kitchen and say no issue the food. As i was listen that she mentioned the restaurant boss was in kitchen. I request to invite the boss to come out as we as customer would like to share our comments for the food. however she told me that the boss is not willing to meet us up. Dear Sir, as a food restaurant I believed that quality of the food must be in good condition and the feedback from customer is very important to your company! We are not saying we not going to pay the bill , we tried the same restaurant in Tesco Extra last time. We do not face any this bitter feel and unsatisfied from that branch! As the waitress told us that may be the dolly fish is contain bitter smell as we dont knw! This is very stupid answer right? How can be dolly fish is contain this such bitter smell? When we 2nd time invite the boss appear as we really wish to give our feedback and again the waitress said that the boss was not willing to meet us. We feel shock as this kind of service and as a restaurant of the boss don't u think that if there are 8 ppl making complains. He should come out and give some positive respond to us? Unless the waitress give us and hide us the truth that the boss is not inside the kitchen. If compare to other restaurant service, even the chef also will come out and share/ listen customers advice and feedback! Even though the waitress said that in this case we give u 10% off ur three items that u make the complain! but we feel that this attitude n quality of the food should not happened ! Perhaps we hope that you can take a proper way n positive investigation on this complain ! It is destroy you pr restaurant Imej and bring very bad impression for your business as this kind of services and quality ! My husband is chicken lover. However for this meal we left so much of chicken n fish from this meal! When I drop email to the PIC as the waitress is give us the card so called one of the boss that able to handle this issue! Encik Tarmizi ~ I sms n sent him about our comment n review but this restaurant is totally ignore my email n sms!! Poor attitute and slow respond! smelly chicken that may due to unfresh meat !! Dont ever go to this restaurant for this kind of poor quality n attitude service! 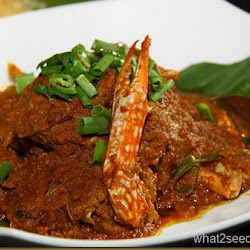 The difference in the food here with Shusi's Banana Leaf is that this restaurant's food is more towards the South Indian style of cooking. 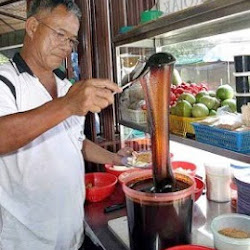 Cuisines Chinese
Business Hour Open 10am to 6pm. Days off not fixed.

Majestic’s sauce is mildly spicy and the rojak is topped with belacan powder, chilli powder and finely-ground peanuts. 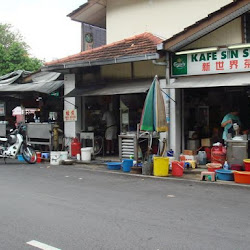 Lok Lok Restaurant is very proud of their own homemade sauce. They make it specically for you to dip the lok lok or to mix with cooked noodles

New World Park is located between the junction of Burmah Road and Swatow lane. In 1970’s to 80’s this place damn famous, it was an amusement park on that time. After that this place had been abandon there for a long long time. Hawkers located on Swatow lane are famous, especially their Ice kacang, Popiah, Laksa, Pasembur and many others. One or two years back, Robert Kwok’s group had decided to redevelop this place. They wanted to make New World Park to become one of the tourist attractions in Penang. Inside this place you can find food, shopping, clubbing, bistro, cyber café and many others. Most of the hawkers from Swatow lane had move into the food court of New World Park. You can get lots of local delicacies here. Yummy-licious!!! Also available ... dim sum and a variety of bak kut teh noodles.

The food were so-so only. Well, everything has their first time. Pay to taste and that's it.

Or Chien or called as Fried Oyster.. is also one of the hawkers delights in Penang.

This is also famous stall in Penang for the Sai Too Fish Ball soup.